The national cannabis industry has seen a huge influx of startups cashing in on the green rush. From technology and apps to growing equipment and staffing agencies, cannabis is big business. Medical Cannabis has been known to help in the treatment of many different ailments. While doctors still can’t legally prescribe marijuana, rather recommend it, the overwhelming evidence from people around the world documenting how Cannabis has helped has gone a long way in changing attitudes and laws about this once vilified plant.

While most of the industry’s businesses in San Diego are found south of the merge, a few of those businesses are right here in North County.

With headquarters based in San Marcos, Dr. Bronner’s has a long and honorable history of tradition and activism. For over a century, the family has pushed for the use of sustainable products and were practicing Fair Trade before it was a bandwagon to jump on. Dr. Bronner’s uses hemp oil as a “superfatting” ingredient in all our soaps because of its unsurpassed essential fatty acid content. According to the company, hemp oil makes the soaps lather smoother and less drying and is an excellent moisturizer used in their lotions and balms.

Although non-psychoactive, Hemp was considered a dangerous plant that would cause “reefer madness” because of the confusion created by anti-drug campaigns of the early 20th Century. It was eventually deregulated, but in 2001, the Drug Enforcement Administration attempted to reclassify hemp, issuing regulations purporting to interpret existing laws and declaring hemp illegal. Dr. Bronner’s funded and helped coordinate the hemp industry’s eventual defeat of the DEA regulations in 2004.

Okay, so this particular business is not technically in North County, but the owner of the licensed storefront lives in Encinitas and they do deliver to all of San Diego, including all of North County, so we decided to add Mankind Cooperative to our list.

Mankind Coop is the largest storefront and delivery service in all of San Diego county. As with all legitimate dispensaries, those looking to purchase cannabis flowers must provide ID and doctor recommendations to place any orders. Mankind’s policy is to verify all Delivery Patients by phone first for security reasons and will not service patients that are unable to send pictures electronically.

The Only North County Dispensary

There are a few illegal dispensaries floating around that look legitimate, but don’t be fooled… the only legal dispensary in North County (at the time of this post) is Torrey Holistics. Torrey Holistic is a non-profit co-op that provides lab-tested cannabis. They operate in full compliance with all state and local laws and work in cooperation with local regulators and law enforcement to guarantee the safety of their members.

Although local opponents of the dispensary fought the eventual opening of the location based on safety concerns, it’s impossible for anyone to just walk in off the street and buy some weed. Potential members must provide a California physician’s statement and recommendation, as well as a government-issued ID, such as a driver license or passport. And after all, the hoops they had to jump through to receive the coveted permit, it’s not likely they’ll risk their future business for any shady dealings.

Subscription boxes are nothing new. What is new is a monthly subscription box of premium cannabis-infused treats and products. ClubM is a subscription delivery service that ships throughout the state of California, with its base of operations here in Encinitas. Each month’s box will feature a themed mix of cannabis products, including concentrates, vapes, edibles, and flowers, plus other items that go along with the experience, like munchies and music. The theme for the box that launched the service this past February was “Love.” Besides the canna products, the box also included scented candles, incense, and chocolates.

As with dispensaries and co-ops, proper ID and recommendation card is required to sign up for a subscription.

The work that a couple of local guys have done has gone a long way in changing hearts and minds when it comes to cannabis. What started out as a project to educate new dispensary patients with a professional FAQ video turned into a major full-length documentary project, The Science of Weed. Wellness entrepreneur and Executive Producer, James Schmachtenberger of Encinitas, collaborated with long-time friend and film director, Lindsey Ward to create the 120-minute documentary. The film features thirty of the most prominent researchers around the world, including Dr. David Bearman, Dr. Donald Tashkin, Dr. Raphael Mechoulam and many others who study the medical benefits and positive effects of the plant, cannabis Sativa.

We realized from the overwhelming response of our first film that the public was hungry for unbiased, fact-based information on the medical potential of cannabis,

Since our first film was released, hundreds of new studies from all over the world have come out. We decided to make a new film aimed at furthering the education of those already interested in marijuana as medicine.

What do you think of this growing industry here in North County? Do you think it will continue to blossom or go up in smoke? 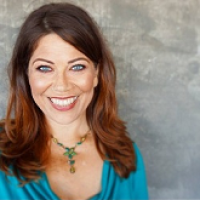