One day a little over ten years ago three brothers, we’ll call them Jose Luis, Maurilio and Diego, were sitting around talking about what they were going to do with their lives. Since they’d spent their growing up years working in their mom’s restaurant in San Diego they decided to open their own eatery—a taco shop. But they wanted their taco shop to be different. So, they painted the interior pink and baby blue the colors one of the brothers chose when they sent him to Home Depot to buy paint for the walls. Their dad upholstered furniture, so he covered a booth in gold leather (more about the booth later.) They loved lucha libre, Mexican wrestling, so they hung photos of luchadores on those pink and blue walls along with other wrestling paraphernalia like masks. They created food combinations you won’t find on other Mexican restaurant menus—like tacos stuffed with steak, shrimp, fries and avocado, topped with a secret chipotle sauce, and hotdogs wrapped in bacon. And that’s how the Rojano-Garcia brothers’ Lucha Libre Gourmet Taco Shop came to be.

Until recently North County residents had to drive to San Diego to eat at Lucha Libre. The first restaurant opened in Mission Hills in 2008. It was featured on a 2010 episode of The Travel Channel’s Man Versus Food, and quickly became so successful that the brothers opened another shop in North Park a few years later, and a smaller version in Petco Park. According to Diego, the brothers always felt that the restaurant was a hometown San Diego enterprise, but when the new owner of the former Westfield Shopping Mall in Carlsbad asked them to open a shop in the newly renovated and re-named (The Shoppes at Carlsbad) shopping center, they decided it was time to “…get out of our comfort zone.” The North County location opened in early January and since then diners have been lining up seven days a week for the tastiest Mexican food this side of the border.

“From the beginning we wanted to be unique,” Diego told me. “We wanted to be different than all the other more traditional Mexican restaurants, with the mariachi’s and all that. My brothers and I loved lucha libra, it’s such a Mexican thing. So, we decided to go with that.” Obviously a good decision! Lucha Libre is most definitely not your everyday Mexican taco shop. You see that gold leather booth (yeah, we promise to get to it later) through the front window as you’re walking in from the parking lot, and you realize right away that there’s something special about this place. And once you’re inside—well, how often have you stared at, been interested in and appreciated, the décor of other taco shops you’ve been in? Probably never, and that’s why Lucha Libre is so much fun. You won’t be able to take your eyes off those photos of the wrestlers and their extraordinarily flamboyant and colorful masks and costumes—that is until your food arrives.

Ah, yes—the food. The food that’s so good the San Diego locations were named the Best Burrito in Town. Whenever possible, the ingredients in each dish are locally-sourced, and the salsas and sauces are house-made—everything’s fresh, and has a unique mixing of ingredients that gives each dish a special punch of flavor. Diego came up with the Surfin’ California burrito, their signature menu item. It features shrimp, carne asada, French fries, pico de gallo, avocado (gotta have avocado!), the special secret chipotle sauce and jack cheese. After that first bite you’ll know why it makes up one-third of their sales. Do you like fries? Then you need to try the Knockout Fries—order them topped with your choice of steak or chicken, they already come topped with bacon and mushrooms, queso enchilado, avocado (of course) and the ubiquitous secret recipe chipotle sauce. And if your mouth’s not watering yet, it will be when you hear about the tacos. How about a Queso Taco—grilled crispy cheese, choose steak, chicken or fries on top, then more cheese, sauce and avocado. Or maybe you’d prefer the scrumptious Surf & Turf, a mash-up of  steak, shrimp and avocado topped with that secret sauce and quest enchilada. But what if you’re a vegetarian? Not to worry—Lucha Libre’s got you covered. The Vegy Taco is a vegetarians delight—black beans and cheese with zucchini, mushrooms and corn, drizzled with a delightfully creamy poblano sauce. The TJ corn is a very popular side dish—corn served in a cup with queso enchilado, mayo, chile and lime, and Lucha Libre offers a variety of salsas made fresh everyday using Mama Rojano-Garcia’s recipes.

Lucha Libre’s menu features so many deliciously different items you’ll have to visit a couple times a week so you can try them all, and that’ll be easy to do ‘cause they’re open seven days a week from 11AM to 10PM. The Carlsbad location is perfect for dinner and a movie—the Regal Carlsbad 12 movie theater is just a few storefronts away. Or how about getting your burrito and/or taco fix late Sunday morning (outside on the patio perhaps) and then heading to the beach? Lucha Libre is in The Shoppes at Carlsbad, at the intersection of the 78 freeway and El Camino Real.

And the story on that gold-upholstered booth? It’s known as the Champion’s Booth and is available only by reserving ahead of time. Since seating space is limited and there’s often a line, you’ll need to call a day ahead to reserve the space—and get ready for the Lucha Libre experience! 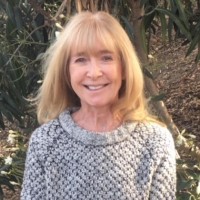 Claudia Piepenburg: Claudia spent the majority of her career as a copywriter and editor. Her articles have been published in Runner's World and Running Times; since 1992 she has been a contributing writer for Road Race Management, a monthly trade publication; and for the past year, she has written for Carlsbad Lifestyle. While employed as a senior copywriter and managing editor at Road Runner Sports from 1999-2004, she wrote seven books; one titled Running for the Soul, is still available on Amazon. View all posts by Claudia Piepenburg