If you’ve recently moved – or are thinking of relocating – to North County, us seasoned locals would love to share a few must-knows with you.

Think of these info nuggets as tips to store in your brain as you navigate your way across the county. And? Welcome!

Some people say that San Diego is like a square. The four corners hit Escondido, the La Mesa area, San Diego, and Oceanside, with North County representing the top half of the square.

Here at this site, we think of North County as encompassing those neighborhoods north of the 805 and 5 freeway merge. Given this definition, both coastal and inland communities comprise North County, making the region an excellent place to hike, lounge beachside, sail, and participate in nearly every outdoor activity because the topography of the area is both hilly and sea-facing, depending on where you live.

Neighborhoods we consider “North County” are:

In general, North County is considered to be family friendly and a good alternative to the hustle and bustle of downtown. Arguably, North County is regarded as fairly upper middle class when compared to San Diego regions east and south of the county.

[Check out this compilation of North County neighborhood guides detailing all that’s cool about each NoCo area.]

How Close is North County to Downtown?

Downtown San Diego sits about 25-30 miles south of most North County neighborhoods and can be reached in less than 45 minutes. Even so, it’s a persistent habit of North County locals to avoid downtown in many cases due to traffic, unbearable parking scenarios, and the “bubble effect” of living cozy right where we are. Still, downtown and its environs is a wonderful, if occasional, spot to visit for stand-out destinations like Balboa Park and its museums and world-famous San Diego Zoo, Old Town (the “birthplace” of San Diego), Little Italy, and the Embarcadero.

Getting on the 5 during San Diego County Fair morning and late afternoon hours in the early summer is a nightmare. Another notorious highway to avoid during peak hours is the 78, whose merge is an exercise in patience (and road rage) and whose size (it doesn’t have many lanes) prolong travel time.

Also of note is that traveling south on the weekends can be difficult because freeways are stop and go. Mostly the former.

If North County locals can at all help it, they avoid the freeways during these prime hours, preferring to take surface roads and shortcuts to their destinations. A few notable shortcuts include:

We’re not going to lie. Public transportation can be improved. That said, taking the Coaster (train) can be a great way to travel to and from some North County areas such as Solana Beach (that has a Coaster station) and Oceanside, especially if you are a student or you work or live near a Sprinter or Coaster stop.

The Sprinter takes you from Oceanside to Escondido and is very reasonably priced. The thing to look out for is what you’re planning to do after you get off at your stop because things are very spread out and you’ll need to plan on requesting an Uber or Lyft or checking the bus schedule.

How are the Schools?

As far as higher education, North County is home to a few community colleges (Palomar and MiraCosta) and the four-year California State University, San Marcos.

All qualifying San Marcos Unified graduates will get up to two years of FREE college while they are pursuing an associate’s degree or transfer credits, starting in the fall of 2017.

Where are the Best Beaches in North County?

This question will incite much discussion among San Diego locals. The controversy is surely due to the fact that North County is home to several beautiful beaches. Of special note are Del Mar’s City Beach, Torrey Pines State Beach, Moonlight Beach (Encinitas), and Carlsbad State Beach.

Del Mar, Moonlight, and Carlsbad beaches are close to food options if you don’t feel like packing snacks.

Why is it Cloudy at the Beach?

San Diegans often refer to the overcast-at-the-beach times of year as “May Gray” and “June Gloom”. These represent the months when beach communities might see the “marine layer,” which bring low-lying clouds and fog to the coast.

Usually, the marine layer burns off by mid-day, and happens less frequently in late summer.

What are Some North County Must-Dos?

We suggest visiting the Oceanside Pier, the Self-Realization Fellowship Center in Encinitas, and Del Mar’s main street (Camino Del Mar) for a nice taste of North County. There’s also some standout hiking experiences, including Annie’s Trail, and Torrey Pines. If you want a taste of NoCo shopping, try Cedros Design District in Solana Beach (you know, if you’re new here, and need to furnish your place). If you’re a wine lover, you have to visit the many beautiful, unique wineries in the Escondido area. If you’re a craft beer lover, you’re in the right place: North County is home to more than 150 craft breweries.

There’s a ton to do in North County. If you have kids, LEGOLAND in Carlsbad is a no-brainer, and has the popular Sea Life Aquarium next door. If you go often, look into the season passes because they’ll save you a lot of money.

Another popular attraction is the San Diego Zoo Safari Park (locals still call it the Wild Animal Park!), which offers an intimate, up-close look at many animals in a more open-space vibe than the zoo.

The Flower Fields in Carlsbad display stunning blooms during the months of March through early May. Because they only open once a year, the Flower Fields draw many local fans who wait for its opening March 1.

Where Do I Get My Shopping Fix?

The Shoppes at Carlsbad is undergoing a (long) renovation. You’ll find the stalwarts of JCPenney and Macy’s at that mall, plus the smaller stores you might be used to at other shopping centers. Many locals visit this mall for the movie theaters and Dave and Busters.

How’s the Arts and Culture Scene?

The Belly Up Tavern is Solana Beach hosts hundreds of music concerts a year, featuring national acts like Buddy Guy and Gavin DeGraw. There’s also the California Center for the Arts Escondido, the North Coast Repertory Theater in Solana Beach and the Moonlight Theater in Vista that put on several leading plays and musicals (think In the Heights) a year.

North County, once the home of chain restaurants and few alternative dining options, has really stepped up its game in the last few years. Many, many standout restaurants now grace the region, including the Flying Pig in Oceanside and Vista, Wrench and Rodent in Oceanside, and Decoy Dining in San Marcos. Several notable and up-and-coming chefs have taken to North County to make their mark, and that movement has resulted in dozens of truly unique dining experiences in the area.

What Do You Want to Know?

We’re here to help! Leave questions in our Facebook group and you’ll have a devoted group of North County locals ready to answer! 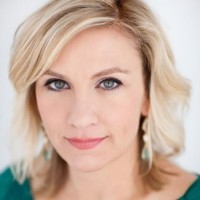