San Diego Beer Week (SDBW) is coming once again to San Diego County from November 3 through November 12. San Diego County residents can enjoy from over 500 sponsored SDBW events all across the county. If you live in North County, there’s plenty for you to do.

Port Barrel/The Lost Abbey bring you a unique tasting and dining experience. 150 lucky guests will enjoy an evening tasting six barrel samples of Lost Abbey’s specialty brews that have been aging for as long as 18 months. Dinner will be provided by executive chefs from OMG Hospitality Group. Draft beers from the tap will also be available. Price for the tickets include four bottles of Veritas 020, a limited-edition taster glass, six single barrel samples paired with a six-course meal.

Stone Brewing has carefully curated it’s favorite and rarest dark ales for you to try. They combined their annual Pour It Black and Oakquinox beer festivals into one mega-tasting for SDBW. Price includes a commemorative glass, fifteen 3 oz tasters, and an extensive draft list that includes North County San Diego favorites like Bagby Beer Company, The Lost Abbey, Mother Earth, and Port Brewing.

Urge American Gastropub: A Night Out With Urge

Urge will take you across all North County locations (Rancho Bernardo, Oceanside, San Marcos) as you taste delicious pairings of food and Mason Ale Works beer. Festivities will start at the Rancho Bernardo location where Chef Adam Griffin will create tasty food and beer pairings. A party bus will take guests to Urge Whiskey Bank (Oceanside) to taste Chef Erik Lobner’s beer and whiskey pairings along with food pairings in their 101 Proof Speakeasy. To cap off the night, bowl and dine at Urge Common House (San Marcos) featuring Chef Brad Hightow’s beer and food pairings. All guests will receive a commemorative bowling shirt.

Head on over to Burger Bench to try some of Burgeon Beer’s mouthwatering brews along with a burger.

Urge American Gastropub will feature select beers from AleSmith, so you can enjoy them as you watch Monday Night Football. Beers will be $2 off.

Come to your favorite pub and sausage grill to enjoy your food with Burgeon Beer brews.

The Brewers Tap Room carefully selects their beers from local nano-breweries that you can only find at their tasting rooms. Catered by Root Cellar Catering, enjoy four plates paired with some of the best beers in San Diego. Price includes four beer & bites and a full pint before.

Take a guitar lesson with Mike from The Guitar Aces while you sip on a pint. Price includes one lesson and one pint. Pay at the door.

You get to choose which IPA-style you like better: West Coast’s clear IPA or New England’s cloudy IPA.

Stone fans can celebrate Stone Brewing’s 21st anniversary along with their Richmond and Berlin locations first anniversary. In honor of Stone’s global success, guests will enjoy 4 oz tasters of Stone Xocoveza, Stone Pilot Series: Scorpion Bowl IPA and Stone White Ghost Berliner Weisse from Stone Brewing Berlin. A celebration wouldn’t be complete without a cake. Cake designer Viki Kane of Just a Little Dessert Co will create a cake in the form of three barrels of beer with working taps and cakes flavored with the three beers mentioned above. This one-of-a-kind experience will be filmed for the Food Network’s brand new show, “Ridiculous Cakes.” Guests will also be able to try the global anniversary-themed cake.

Take a sip and a bite during this four-course meal. Price includes meal and beer pairings.

Music in the Gardens with Special Guest Reid Genauer

Band leader for folk bands, Strangefolk and Assembly of Dust, Reid Genauer will perform his folk stylings at Stone Brewing’s lush outside setting.

Try your favorite Burgeon Beer brews at The Brewers Tap Room featuring some of the best nano-breweries.

Each member of Urge American Gastropub’s management team will choose two of their favorite beers from their two favorite breweries. Stop by to try what they picked.

Culminate your SDBW festivities in a bold way. Anyone in the beer industry (with proof of employment) can enjoy discounts, swag, and other items to cap of SDBW.

Which SDBW event are you looking forward to attending? 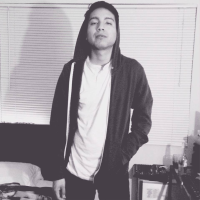 Fred Hernandez: Fred Hernandez is a freelance writer, blogger, and musician from North County San Diego. Fred currently covers pop culture, travel, food, and politics on his blog, FredsGuideToLife.com with his signature biting wit. Fred's work has been featured on MerryJane.com, SanDiegoReader.com, and a variety of B2B and B2C companies. View all posts by Fred Hernandez