If you’re looking for a quick bite to eat with good prices, great menu options, healthy food choices and a prime location, then Veggie Grill in Carlsbad is the place for you. Bonus: it’s also a vegan restaurant, the only one in Carlsbad and its second location in San Diego County, with the other located at the UTC Mall in San Diego.

When you think vegan, you might think hipster types and a bit of a holier than thou niche crowd. Not the case at Veggie Grill, where you can find people and families of all types, probably due to the restaurant’s clean, comfortable and mainstream interior design.

Indeed, Veggie Grill CEO Steve Heeley recently told Marketplace that “80 percent of our guests don’t consider themselves vegan or vegetarian,” though the restaurant does dub itself a “meat-free zone.”

The Veggie Grill menu is expansive!

For me, it took about 10 minutes just to look through it and make a choice of what I wanted for an appetizer and main course. And the food comes quickly after the order, with only about a five-minute wait even during peak dinner time hours, in my case at about 7:00 PM on a Sunday evening. Most meals clock in at about $10-$13, with appetizers costing about $6-$7.

Carlsbad’s Veggie Grill is located in a strip mall just a few minutes driving east of the Carlsbad Premium Outlet Mall and just a few minutes west of the McClellan-Palomar Airport. It’s also just a couple miles away from Legoland and across the street from Costco, making it a convenient place to come after shopping, on your way to or from the airport or with the kids after a day of fun at Legoland. It’s also located just off of Highway 5, a plum locale for me to drive to on my way home from a road trip to Los Angeles.

The restaurant features both comfortable indoor seating and also an outdoor patio. Guests make their orders at a front desk and the food is either brought to your table or given in a to-go bag, the latter of which was the route I took during my adventure to Veggie Grill. In terms of the ambiance and environment of the restaurant, Noodles and Company, Panera Bread and Jason’s Deli struck me as most reminiscent to Veggie Grill.

Online orders are also available if you want to skip the lines and in-store wait times, as are delivery orders. And the restaurant is equipped with a free WiFi connection, good for junkies like myself who like to get some work done or check email during my meals.

Though it was a tough call and after much self-deliberation, I ended up ordering the Southeast Asian Lettuce Wraps and the Masala Bowl. There were probably at least ten other items on the menu which whetted my appetite, meaning I’ll be going back soon! Next time, I plan to try one of the soups and either one of the veggie burgers and fries or the vegan version of a BLT sandwich.

The Asian Lettuce Wraps come with a generous portion of large pieces of lettuce alongside a mix of vegetables, nuts, and cilantro. Basically, think of it as a more fun way to eat a salad, which comes with an Asian-style sauce for dipping. The Masala Bowl was what I thought would be a vegan-style Indian-inspired curry. Instead, it ended up reminding more in a taste of a falafel plate, rife with spiced chickpeas, cauliflower and steamed kale and myriad other healthy ingredients, plus a side slice of flatbread.

Though I did not order a drink, the choices abound, including several flavors of iced tea, imported vintage-style bottled sodas and a couple of bottled beer choices.

And if you’re looking to grab a pre-meal or post-meal coffee or tea, Veggie Grill in Carlsbad is located in the same strip mall as a Starbucks. Looking to grab a locally-produced beer or two after your meal? You’re in luck, with Karl Strauss Brewing Company’s Carlsbad site located just about a block away.

Veggie Grill is a chain founded in Santa Monica, California by T.K. Pillan with 29 current locations along the west coast states. The company recently announced it would also be expanding to the Midwest and to the east coast, as well, first to Chicago and then to Boston.

Pillan did not grow up a vegan or vegetarian. But he came to realize the health benefits and good-tasting food options later on in life, he told Easy Reader in 2011.

“I grew up on burgers and fries, fried chicken, and I was still eating that as an adult,” said Pillan. “My original concept for a restaurant was wholesome fast food, and I wasn’t sure how to achieve that. It wasn’t until I explored plant-based foods and discovered all the things that could be done with marinades and sauces that I realized you could make this food healthy, tasty, and fun.”

The food-focused website The Daily Meal has rated Veggie Grill as among the top ten healthiest chain restaurants in the country. Pillan recently told HuffPost that Veggie Grill has plans to double its national locations in the next 2.5 years and the company raised $22 million in capital for its expansion plans in 2016. But lucky for North County residents, there’s one right in our backyards.

A quick glance at their social media pages shows that the company is highly responsive to criticism as well as positive feedback, so if you’ve got something to say, Veggie Grill probably will have a quick response! You can also sign up for the restaurant’s email list on the Veggie Grill website, which disseminates deals, announcements and an annual birthday gift.

I give Veggie Grill an A+ and am excited to go back again for a meal sometime soon.

So, if you’re looking for good-tasting vegan food presented in a non-pretentious matter, what are you waiting for? Head on over to this new crown jewel restaurant of Carlsbad! 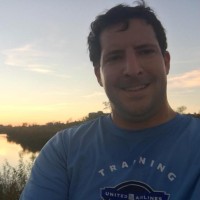 Steve Horn: Steve Horn is a Carmel Valley-based writer the climate/energy website DeSmog.com and a freelance investigative journalist/researcher for-hire. Before moving to San Diego in December 2017, Steve also served on the Narrative/Documentary Shorts Film Review Committee for the Heartland Film Festival in Indianapolis, Indiana, where he lived from 2016-2017, moving there from Madison, Wisconsin. Born in Chicago and raised in the southeastern Wisconsin city of Kenosha, WI, Steve is a graduate of the University of Wisconsin-Madison. His writing has appeared in multiple publications, including Al Jazeera America, The Intercept, The Guardian (UK), Vice News, TYT Investigates, NUVO, Isthmus, LetsRun.com, Vocativ, Wisconsin Watch and elsewhere. In his free time, Steve is a competitive runner, with a personal best time of 2:43. View all posts by Steve Horn